Ever since watching his early improvs for the show back in September 2005, I've been looking forward to the opening of Citizen Josh, Josh Kornbluth's (

joshkqedblog) new monologue about democracy. The show finally opened tonight, at the Magic Theatre. I had originally thought it was sold out, but our friend Danielle (the producer's daughter) generously procured tickets for

boyziggy and myself. We enjoyed Josh's humorous and often poignant thoughts on society, family, and other topics. A reception both before and after the show rounded out the pleasant evening.

Bonus: The shot below (taken by Ziggy) is my 1000th photo on Flickr! 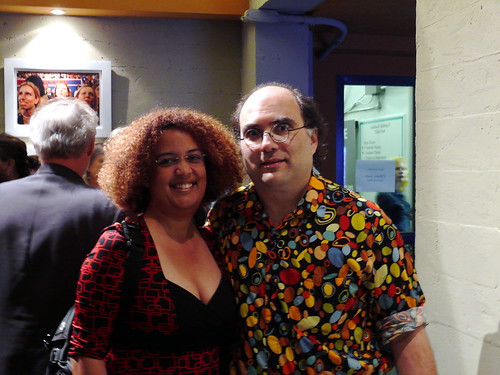 I'll be singing and playing keyboard for a Blue Bear contemporary bands workshop performance on Thursday June 28, 10 p.m. at the Red Devil Lounge. More info to come closer to the date. (I know the time is late for a weeknight so I expect we'll have a lower turnout than usual; I do plan to have the show filmed for later viewing, as I always do.)
Collapse