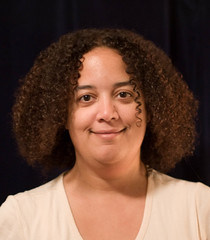 Julie post-salon
Originally uploaded by funcrunch
It's hard to tell in this photo but this color is actually significantly darker than before, closer to my natural color.

boyziggy isn't thrilled with the lack of highlights. Ginger didn't put new ones in this time, saying she'd let my existing ones peek through. Well, I like it anyway. And hopefully have timed things correctly this time so that I'll be due for a touch-up just before my late March/early April concert. (Whenever did I get so vain??)

Edit: Oh and this is one of the first shots I've posted that used my new 50/1.4 lens (80mm equivalent on my camera).
Collapse