I was tagged by

paisleychick on this meme, and thought, what the hell:

"It works like this: if you use Flickr, go to the sixth page of your photostream and pick the sixth picture there, then post it to your blog, and pass it on to six other people." 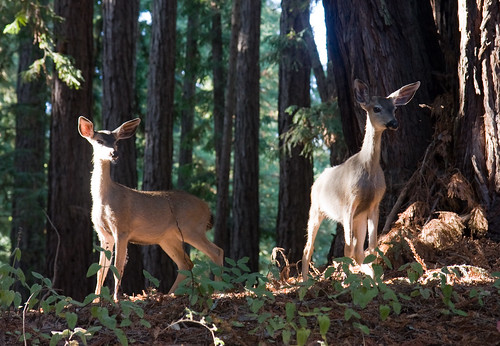 I had to alter the choice slightly as the sixth photo on my sixth Flickr page is not publicly visible (nothing raunchy, just a friend's wedding), so this is the first publicly-visible photo that meets the criteria.

I know I've been posting a lot about food and fitness lately. Part of the reason is that I have more time on my hands since I'm not working, and another part is simply keeping a journal in a space where I already have journal entries, rather than starting a new one just for exercise. I've chosen to make most of the entries public because I don't feel I have anything to hide, here, and to keep me honest about my workouts; I feel I'm more likely to do them if I know I'm going to be blogging about them consistently.

But I'm aware that my desire to be thinner may have a tinge of obsessiveness about it. I'm certainly not in danger of anorexia or anything, but I do tend to focus too much on numbers when it comes to weight, as much as I tell myself I shouldn't do that. This point was hammered home when I started to re-reread the book Making the Connection by Oprah Winfrey and Bob Greene, her trainer whose fitness program I'm (mostly) following, last night. Oprah's long introduction contains a number of journal entries where she beats herself up over her yo-yoing weight, often giving the exact number of pounds, and telling herself things like she must fast to fit into such-and-such a dress by the time of a certain event.

Reading her account made me sad for a number of reasons. One is that I know that following the publication of this book, though she had completed a marathon before, she regained all or nearly all of the weight she lost, and has tried a number of different diets since then. But another, more important reason, is that this woman is a billionaire, one of the richest, most successful celebrities on the planet, and here she is obsessing about her weight. She was writing about working 20-hour days, and yet felt powerless over her body.

I put the book away and vowed to adopt a more moderate attitude toward my weight. I was tempted to smash our bathroom scale, but it's a professional doctor's model that belongs to

boyziggy (though he got it for free) so I'm not going to do that. I was also tempted, no doubt partly due to sleep deprivation and mild depression today, to go out to Mel's and get a veggie burger with cheese, fries, and a chocolate malted milkshake. But the last time I did this I got stomach cramps and diarrhea, and it didn't really make me feel any better. Plus, I really don't need to be spending money eating out unnecessarily, especially while I'm unemployed.

So I pulled myself together and prepared one of my favorite recipes, beans and rice. I don't care if it's stereotypical vegetarian food or stereotypical poverty food. I eat it because it tastes good. The facts that it's nutritious and inexpensive are just bonuses. While waiting I had a slice of whole-wheat bread and a sliced apple with dates - yum. Who needs Mel's?
Collapse