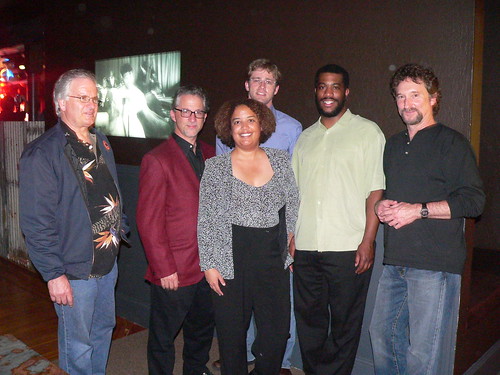 As part of my 2013 goal to get rid of at least one third of my possessions - by approximate visual volume at least - today I donated two more large laundry baskets' full of clothes to Out of the Closet. I cleaned out my closet while taking my daily Spanish lesson (another 2013 goal, carried over from last year), and was amazed how many suits and dresses were in there, most of which I hadn't worn in years. I didn't even bother trying any of them on as I knew they were now almost all too big.

One of them that was rather nice is the jacket and top pictured above, which I wore for a jazz performance in June 2006 that I was quite happy with. I was not happy that morning, however, to find that the pair of pants I'd planned on wearing did not fit as I'd gained too much weight. I brought one of

boyziggy's black skirts to work with me as an emergency backup, but managed to buy a pair of slacks on my lunch break at Mervyn's. 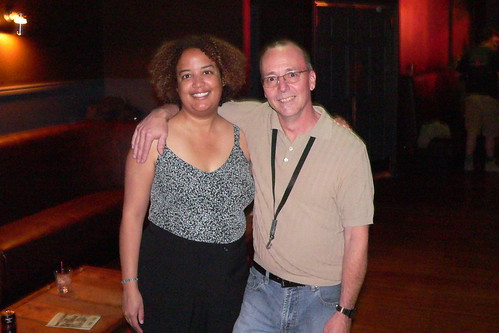 Those slacks are pictured above. I was about to add them to the donation pile, but out of curiosity tried them on. I could fit both legs into one. Literally. I almost took a photo but thought it would be too cheesy. (They are size 16, for the record, and I probably weighed about 160 at the time.)

Still have more clothes to go through, plus tons of books to give away. I'll make a list of the books and post here in case anyone's interested as I'm not sure Out of the Closet will be willing to take them all.
Collapse